Download the first part of the latest essay on the nature of spacetime by Aseem S. Gupta as a pdf file.

Its over a century since theory of relativity and quantum theory made appearance on the stage of science and rudely edged out old classical theories. Both theories were shockingly anti-establishment, pompously challenging and winning out ultimately in throwing out established notions of not only physical entities like space, time and concepts of particles but also philosophical tenets like causality and deterministic nature of evolution of systems.

Both theories challenged scientists to find alternatives to their counter intuitive proposals and finally made them to succumb to acceptance with sheer weight of experimental successes. Scientists, being what they are, abandoned their dogmas (which they had held since Dawn of Newtonian Era) within two decades and embraced these two 'new kids on the block'.

Theory of relativity threw out concepts of separate space and time 'which existed on their own' since and for perpetuity and brought in combined inseparable concept of space-time. If this was not enough, it made matter curve this and in the process made gravity as an independent entity obsolete. Gravity came out to be a mere illusion of observers, when geodesics moved towards each other due to curvature of space-time. Space and time which were mere background keeping devices, became dynamic actors moving celestial bodies!

Quantum physics, as if in competition with theory of relativity, shook common sense of all physicists by bringing in wave-particle duality, limits to concurrent precisions in measurements of different physical quantities, statistical nature of predictions, not due to some lack of knowledge about the system but inherent and fundamental nature of isolated quantum systems...... And the list goes on. If this was not enough, quantum theory continued it's onslaught on everyone's common sense throughout the 20th century with concepts like quantum entanglement, sum over all possible histories, collapse of wave functions, decoherence etc.

Over the century, overwhelmed science has accepted both theories and their new universe. In doing so, it accepted hegemony of 'what' over 'why', 'observability' over 'predictability', and has accepted artificial division of universe - 'quantum' vs 'classical' realms. Science is struggling to come to terms with higher and hidden dimensions but seems to be open to the idea. Victory of these two theories seems complete.

Just one frontier remains before we declare physics to be complete in it's concepts (applications may go on but anyway these are subservient to theoretical laws). And that is, funnily, because these two intellectually arrogant and supremely successful theories, while decimating whole of old regime, have not been able to see eye to eye on basic concepts like space and time. Not only that they treat these differently, they treat these very differently.

The difference is so pronounced that, a commonly accepted dogma is that universe is "divided" - a realm that follows Relativity Theory and another realm that follows Quantum Theory. There have been umpteen efforts to reconcile the two as the division seems unnatural and as a sign of missing something fundamental. There has been progress but not particularly rewarding.

Here, in this forum, we present a facet of spacetime understanding which seems to have been overlooked and which may throw some light on - why these are treated so differently.

Lets begin with the Abstract.>> 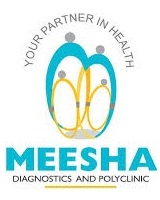